You are here: Home > Palace > History

Nakomiady first appears in history in 1396 when the Teutonic Knights’ fortress  was built.
In the 17th century, Brandenburg Elector  Friderick Wilhelm gave the property to Jan von Hoverbeck as a reward for securing the independence of Prussian cities from the Polish Crown. 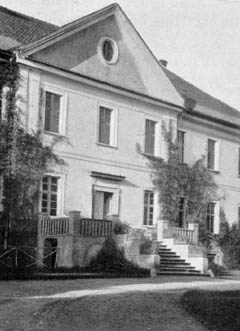 In 1705 the family decided to re-build the palace with an Italian architect Joseph Piola, known as an admirer of the classic style represented by the famous Andrea Palladio. Piola created a classical palace in the style known as Dutch Baroque.
From 1789 to 1945 the house belonged to German family von Redecker. ..

We held a first dinner for the von Redecker family 50 years after  they had to escape from the palace. The house was completely ruined – holes in the roof, one level of basement under water, no windows, no doors, rubble everywhere. 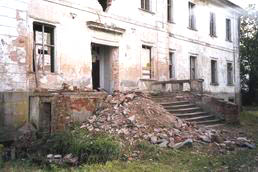 We felt it had to be our destiny to live here, as there was no other rational reason to buy and rebuild this place.